In recent years, Turkish people has gone to polls head three times for elections. One of these was Constitutional Referendum 2017, other one was Turkish General Election 2018. The last one is Turkey Local Election which took place on 31 March 2019. The four big parties entered the election by preferred to make alliances especially in big cities. The People’s Alliance, comprised of  AK Party and MHP,  has competed against the Nation’s Alliance, led by CHP and IYI (Good) Party. In this election, we have seen surprising results especially in the eastern part of Turkey.

Justice and Development Party (AK Party) won nearly 45 percent of the vote in Turkey’s local election. According to unofficial results, AK Party captured 39 cities; these are 15 metropolitan municipalities (larger cities) and 24 cities. On the other hand, the candidate of main opposition party, Republican People’s Party (CHP)  has been elected as mayor of Turkey’s capital. Main opposition party CHP won 21 cities in local election; these are 11 metropolitan municipalities and 10 cities. Nationalist Movement Party (MHP) won 11 cities in mayoral elections; these are 1 larger city and 10 cities. People’s Democratic Party (HDP) won 8 cities in this election; these are 3 larger cities and 5 cities which cities are in east part of Turkey.  Suprisingly, Tunceli, located in the Eastern part of Turkey, has been captured by Turkish Communist Party in mayoral election. Mayor election of Istanbul has led to huge rivalry between AK Party and CHP. After the election both parties have claimed their victory over Istanbul but Turkey’s Supreme Election Council (YSK) said that the final results have not been declared yet. According to unoffical results, candidate of main opposition front  Ekrem İmamoğlu is leading in Istanbul by approximately 23,000 votes. According to Anadolu Agency, Ekrem İmamoglu has got 48.8 percent of the votes, while the Justice and Development Party and the candidate Yıldırım has garnered 48.5. But, AK Party is preparing for objection to the election result because they insist about irregularities happened in calculation process in many ballots. Election result of Istanbul has still remained uncertain. So, the extremely stormy municipal election in Istanbul, will have to wait for the official announcement of the results by the YSK.

Istanbul, the economic and socio-cultural capital of Turkey, always is the most significant city for the political parties in the local elections. That’s why, mayor of Istanbul generally has huge power in the Turkish political life. For instance, current Turkish President Recep Tayyip Erdogan was elected as mayor of Istanbul in 1994 Local Election and he launched his political career in Istanbul. On the other hand, the current main opposition party’s leader, Kemal Kilicdaroglu, competed for the mayorship of Istanbul metropolitan in 2009 Local Election. Mayor of Istanbul governs more than 16 million people and controls the highest amount of  budget among other Turkish cities.

AK Party-MHP alliance achieved to get  51.7 per cent of the votes, whereas the CHP-IYI Party alliance managed to gain 38 per cent of the total votes in nation-wide. We can clearly say that 56 per cent of municipalities in Turkey will be run by the AK Party. The crucial victories for the AK Party are the massive wins in Kurdish-dominated East and Southeastern region of Turkey. People’s Democratic Party as a Kurdish Nationalist lost several of its former strongholds, including Bingol, Bitlis, Agri and Sirnak against to AK Party’s candidates. This changing is very important for Turkish political life because these cities are challenging with terrorism struggle and divisive ethnic identity. Apparently AK Party has achieved to have significant gains in Kurdish dominated areas in the SouthEeastern cities of Turkey.

After the election, Western media has highlighted that this local election was a great defeat for Erdogan. According to Western media ”Turkey’s President Recep Tayyip Erdogan is facing a major political setback after his party lost control of the capital, Ankara, in a keenly fought local elections battle.” On the other hand Turkish Presidential Spokesperson Ibrahim Kalın said abut this issue: “Some are servicing the ‘beginning of the end for Erdogan’ story again. They will never learn.  AK Party won 44.3 % and the coalition won 51.6 % of the votes. Erdoğan has his mandate until 2023. No elections till then.  Stop presenting your wishful thinking as fact and analysis.” The election results can be considered a success for the Ak Party because this election took place during an economic downturn in Turkey. But economic factors has influenced election results directly. On the other side municipal elections always give to warning signal for the political parties about people’s dissatisfactions and grievances. So, AK Party can query himself about election results especially in biggest cities. 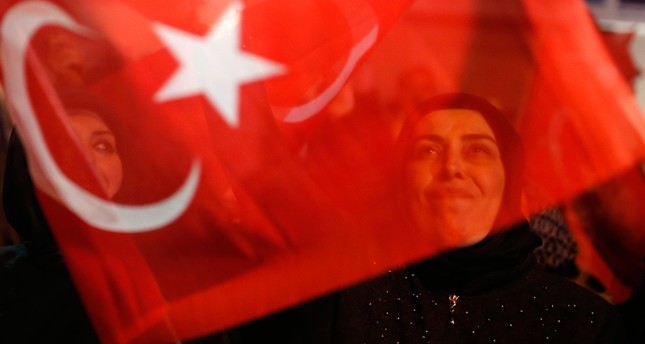 Politics is a complicated affair, but Turkish politics is much more complicated. Some of them believe to achieved biggest victory in this elections. But this is just  about perspectives and ideas. Election is now over but discussing are continuing. Nevertheless this election should be seen as a chance to get closer to the voters, and get to know about their concerns. For the next four years we will have no election and all political parties must take a responsibility in governing of Turkey. In the post-election process, Turkish politics ought to focus on economic reforms, Syrian crisis, regional and global issues. In sum, this election is a clear victory for Turkish democracy because Turkish people have completed  the 31st March, Local Election with democratic maturity.