The CUP is a group that overthrew Abdulhamid and replaced him with Mehmed  Reşat. While they served as the supervisory power in the period between 1908 and 1913, they ruled the Ottoman State as the full power of the Union between 1913 and 1918.

The Committee of Union and Progress was founded as a secret organization called the İttihad-ı Osmanî Cemiyeti at the Military Medical School on May 21, 1889, by students who wanted the re-enactment of the Kanun-ı Esasî in order to get the Ottoman Empire out of the troubled situation it was in at the end of the 19th century, was established.

The organization, which would later be named as the Committee of Union and Progress, took rapid steps  in a short time and experienced rapid growth by gathering many organizations and communities within itself. The Committee of Union and Progress is not only a political movement, but also the name of a time period and the period that raised a generation. The CUP is the continuation of the Young Ottomans generation that preceded them;  they are also referred to as “Young Turks”.

There are two different views on what kind of administrative understanding the CUP has. They are, while one group was seeing them as ruled by a military dictatorship, the other view is that the rule by a liberal-nationalist bourgeoisie (predecessor of the Kemalist rule).

The rule by a liberal-nationalist bourgeoisie claims that CUP was a popular base and they got the power of society behind them. For example, the 1908 election results presented a big victory for the CUP against other parties. On the other hand, when we look at the 1912 elections Committee of Union and Progress failed to win the election because the society was not behind this authoritarian party.

There are two different views on what kind of administrative understanding the CUP has. They are, while the one group was seeing them as ruled by a military dictatorship, the other view is that the rule by a liberal-nationalist bourgeoisie (predecessor of the Kemalist rule).

They supported Pan-Turanianism ideology. Therefore, they were supporting just Turks and were against Jewish and Christian society in the Ottoman Empire. So, there was no equal environment due to behaving as discrimination against the people. CUP saw the national character of the economy as a necessity for the existence of Turkishness.

Because of this situation, the CUP aimed to replace the foreign bourgeoisie with the Turkish and Muslim bourgeoisie. Furthermore, they were seeing themselves as the modern character of anti-feudal. Moreover, they were using their power against society such as feudal overlords. The view which is dominant can be accepting that the CUP was ruled by a military dictatorship which shows that an administration that bypassed the liberal ideas they had taken before they came to power. 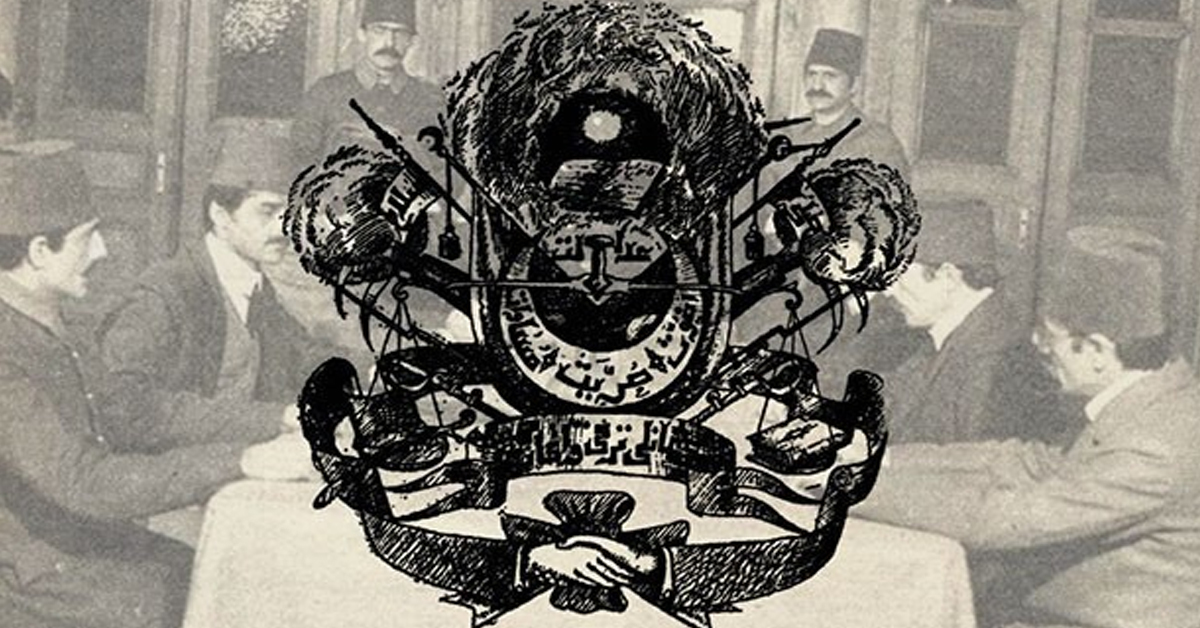 The CUP presented itself to the public as if it had supposedly served constitutionalism and parliamentarism. The CUP, which was chosen with the motto that it will respect the constitution and the wishes and desires of the people, did not stand behind their promises. They only expressed this slogan, but did not implement it. They stopped establishing parties despite their advocacy of constitutionalism and parliamentarism. For example, although the Ahrar Fırkası attempted to be established in 1908 through democratic means, it was not allowed to be established by the CUP.

The CUP, which was chosen with the motto that it will respect the constitution and the wishes and desires of the people, did not stand behind their promises.

They did not allow the liberal thought environment. Moreover, with their dictatorial attitudes, they prevented the formation of parties and opposition against them and prevented parliamentarism from reaching a proper structure.

The CUP took many steps to suppress the Liberal opposition.  The CUP forced any ideas and parties that disagreed with them to be shut down or silenced. When they had a disagreement with the interlocutor, their aim was not to resolve the situation between them, but to prevent them from expressing their ideas. For example, journalist Hasan Fehmi, a staunch critique of the CUP, got killed upon the campaign initiated by the opposition. The reason why CUP killed Hasan Fehmi was just because he had different ideas and expressed them. Hasan Fehmi, who took advantage of the concept of equal freedom used in CUP’s slogans, was killed by Cup on 6 April 1909.

The CUP had very strong power in the state after the opening of Meclis-i Mebusan in the time of  Abdulhamid II, and this power was not gained with authoritarian steps. In contrast, they entered the election and gained it. They were supporting by 60 deputies in the council in 1908. Freedom was restored in their time again. For example, the newspapers which were closed by Abdulhamid II were opened again in a short time.

CUP’s one of the feature was militarism and nationalism. ​​Enver Pasha and Cemal Pasha, the top executives of the CUP had a very harsh and autocratic approach towards the people because they were raised from a military background. CUP did not value the opinions of other parties, and they killed the people who had opposite ideas with them because of military background of CUP. Furthermore, they also stopped many broadcasts by acting authoritarian, which is one of the military characteristics. For example, after the Babi Ali raid in 1913, the CUP shut down opposition newspapers.

As a result, the CUP was ruled by a military dictatorship. They are unloyalty to their constitutionalism and parliamentarism which was supported by them before the coming rule.  They did not provide freedom of expression in their ruling time to the people. They adopted the military character of administration style. For these reasons, we can say that they were military dictatorships.  On the other hand, the CUP, which came to power with the will of its nation, made many attempts to end the difficult situation of the Empire and was successful in some of them.  The political superiority and lands gained through the 2nd Balkan wars can be given as an example to this situation.  At the same time, they showed that they had an agile and fresh structure with the new national economic movements and they tried to use this advantage in favor of the state.