WHO are Jeremy Bentham, John Stuart Mill and John Rawls? They are the last great political thinker. Bentham was founder of Utilitarianism ,and the first defender for idea of utility. Mill has been called the most influential English-speaking philosopher of the 19th century ,and he had influenced Locke’s ideas somewhere. The last thinker ‘Rawls’ is contemporary thinker ,and he intrested in justice.

Jeremy Bentham was born England in 1748, and was a British philosopher, jurist, and social reformer.He is regarded as the founder of modern utilitarianism. He is first defender for idea of utility in 1800s. He intrested in sciencific set of principles for organizing politics ,and He advocated individual and economic freedom, the separation of church and state, freedom of expression, equal rights for women, the right to divorce, and the decriminalising of homosexual acts. Bentham based on Hedonistic idea but not for individual ,and he said that utilitarianism is the moral and political philosophy which claims to base its arguments and principles on the principles of the greatest happiness or principle of utility. He had adopted act utilitarian. The work for which Bentham most is known: The Principle of Moral and Legislation(published in 1789).’Happiness is the sun around whisch Bentham’s other ideas,like planets,travel , and his opinion, words without meaning unless they refer to happiness.’ He has two sovereign masters ; pain and pleasure. One intrinsic good – happiness.’Everything we do is determined by pleasure seeking and pain-avoiding.’ Pleasure-pain principle has a natural biological basis. 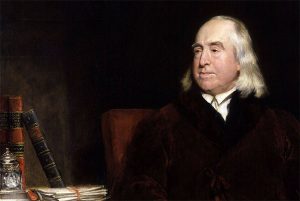 Bentham’s the theory of pleasure is quantitative pleasure and also ‘ Pleasure could be calculated by the Hedonism . He prioritised self-interest within motivation. Bentham saw utility in narrow. He defined that utility is not for individual , is for common . There are some ideas of Bentham. He is the most important idea that to maximize the greatest happiness of the greatest number. Bentham insisted utilitarianism that to be utilitarian is to value ‘usefulness’ and usefulness servet he happiness of humanity and hold to say utilitarianism became an idelogical powerful doctrine in 18th and 19th centuries. He guide people ‘ you have to work with individual motivations, you can not ignore them.’ He mentioned that his idea of the state is regulatory . He has four sanctions of pain and pleasure. One of them is Physical sanction ( the happiness of the individuals, of whom a community is composed), the second is Political sanction(court,impose sanction in punishment, justice…) the third is Moral or Popular sanction (realised pain or pleasure by anyone with individual behaviour.) the fourth is Religious sanction(pain or pleasure in the religious institutions) . Pleasures or pains which may be expected to issue from the physical, political, popular or moral sanction, must all of them be expected to be experienced , if ever, in the present life: those which may be expected to issue from the religious sanction , may be expected to be experienced either in the present life or in a future. He also said that ‘most affecting to government is sympathy and antipathy ,and osceticism is the opposite of utility.’ For Bentham , Utility had four dimensions or in other sentence he research value of a lotof pleasure or pain how to be measured. There are two options : intensity, duration, certainty and uncertainty, remoteness ( individual base ) , and in addition fecundity, purity (the society base).

John Stuart Mill was a British philosopher, born in 1806, political economist and civil servant. He was an influential contributor to social theory, political theory and political economy. He has been called the most influential English-speaking philosopher of the nineteenth century. He was utilitarian, and as a political ciritic Mill was a liberal. His best known political works ; On Liberty and The Subjection of Women. For Mill on Liberty, by liberty, was meant protection against the tyranny of the political rulers. It was attempted in two ways . First, by obtaining a recognition of certain immunities, called political liberties or rights. A second and generally a later expedient , was the establishment of constitutional checks etc. people are not always so autonomous.Worse, they are subject to ‘the tyranny of the majority’. In political speculations ‘the tyranny of the majority’ is now generally included among the evils against which society requires to be on its guard. 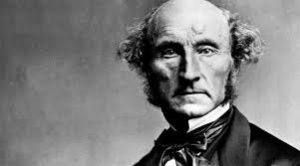 On Liberty, For Mill, adults should control themselves and they can control their children , but some races do not improve . These are exploitations . Mill defended that do not interfere people’s freedom rights. When people was harm, It can interfered . It is the only condition. State should be their tenants or delegates, revocable at their pleasure. State’s only job should be to prevent harm producing collusions. On purpose of government is to ‘improve’ people morally and individually.For Mill, ideal person is the independent, self determining chooser; and person can act as ‘sovereign’ over his or her ‘own body and mind’. He attaches importance to freedom ,and he holds that it is only where certain liberties are respected that a society can be describe as a truly free.

He specify liberties as such;

In his opinion, respected is free; and none is completely free in which they do not exist absolute and unqualified ,and also liberalism places a high value individual freedom construed as personal autonomy. Mill ask me this questition : Why should I have freedom of the thought ?

He explained the question at four steps.

The other subject is ‘The Subjection of Women’ . Mill was defending equal of gender basically. There is a hierarchy of slaves ,and woman are worse condition than slaves. For example, children owners are man ,and when man was died , children was not abandoned the women . 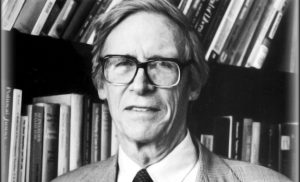 John Rawls was an American philosopher and, was born in 1921 a figure in moral and political philosophy. He focused on ‘justice’. He had made a lot of definitions of the justice. I want to start this sentence. Justice is the first virtue of social instituations, as truth is of the system of thought , and justice is the concept in terms of which we evaluate all social and political arrangements. He published ‘The Theory of Justice’ in 1971 . It is his best known book.

For Rawls, there are two principles of justice.

Distribution of primary social goods which to give people ‘rights and liberties ,and opportunity and power ,and wealth and income’. Liberty is a primary good. The just society is the liberal society in which the basic liberties are protected. Rawls has ‘original position’ idea. He places his imaginary choosers behind a ‘hypothetical’ ‘veil of ignorance’. The principles of justice are choosen behind a veil of ignorance. The most important thing for Rawls is ‘Justice is fairness’ . In justice as fairness the original position of equality corresponds to the state of nature in the traditional theory of the social contract. Important political, social and economic instituations , consisting of the political constitution and the principle economic and social arrangements make up the ‘basic structure’ of society.

The basic structure will define men’s rights and duties and influence their life prospects. It is very important that the basic structure of society is just , so that each of us gets a fair go in life. For us, the primary subject of justice is te basic structure of society. For Rawls, it is self-intrested point. You can turn out to be the most disadvantaged person ,and also try to maximize the benefits of the least advantaged person. Veil of ignorance is known nothing . Genes, family, country, gender, ethnicity. They are all random. Differences between us are arbitrary. If we know these options , How do we want to be a society ? Rawls is the object of politicians, judiciaries and then people are coming . The finally , the basic purpose of his book ‘The Theory of Justice’ is not fair , its aim is to order.