The Iranian Revolution (1979), which signifies a new era in the Islamic world, has shown the formation of the state as a different manifestation of the understanding of the Islamic state. In this article, the life of Ayatollah Ruhollah Khomeini, the guide to the revolution, the realization of the Iranian revolution, the necessity of the Islamic state, its government and the people who will lead this government will be examined. Finally, the characteristics of the leader and the difference of the leader with these powers from the imams and prophets will be examined.

The real name of Khomeini is Ruhullah. The name Ayatollah was later given to him. Khomeini was born in 1902 in the city of Khomeyn. He went to Sheikh Abdulkerim Hairi in the city of Arak to study Islamic studies then passed to Khum where his religious character will build with him. He wrote works in many fields such as philosophy, morality, logic, kalam, fiqh, and lore.

At that time, Iran was ruled by Shah Reza Pahlavi. Ayatollah Khomeini has openly taken a stand against the Pahlavi government, which is pro-western. He refused Western-style rule, demanding that the country be governed according to the traditions and customs of the Islamic religion.

One of the first oppositions was against the reforms carried out in 1963 under the name of the White Revolution. He has continued in opposition and has been critical of policies with Israel and the United States and reforms on women’s rights. In this struggle, he received great support from the public. After that, he was arrested by Reza Pahlavi and after 1 year of captivity, he was exiled. He went to many countries such as Turkey, Iran and France and made propaganda here as well.

In Iran, the reactions against the pro-western government continued to grow more and more. Following the events, Pahlavi was forced to leave Iran on January 16, 1979. Ayatollah Khomeini returned to his country on February 1, 1979. He was elected as the political and religious leader of the Islamic Republic of Iran by a referendum. He eliminated anti-Islamic opponents in the country. Ayatollah Khomeini died in 1989 in Tehran.

REQUIREMENTS FOR FORMING A GOVERNMENT

Although the Qur’an and the Sunnah seem to be sufficient resources for a person to live, in addition to them, a government and an administrator are needed to achieve real happiness, according to Khomeini’s article “Islamic Government”. The necessity of government is also stated by Sunnah and Sharia. The Prophet (sav) has appointed administrators to enforce the provisions and prohibitions of Allah. In addition, Prophet (sav) himself has done everything that a government requires. 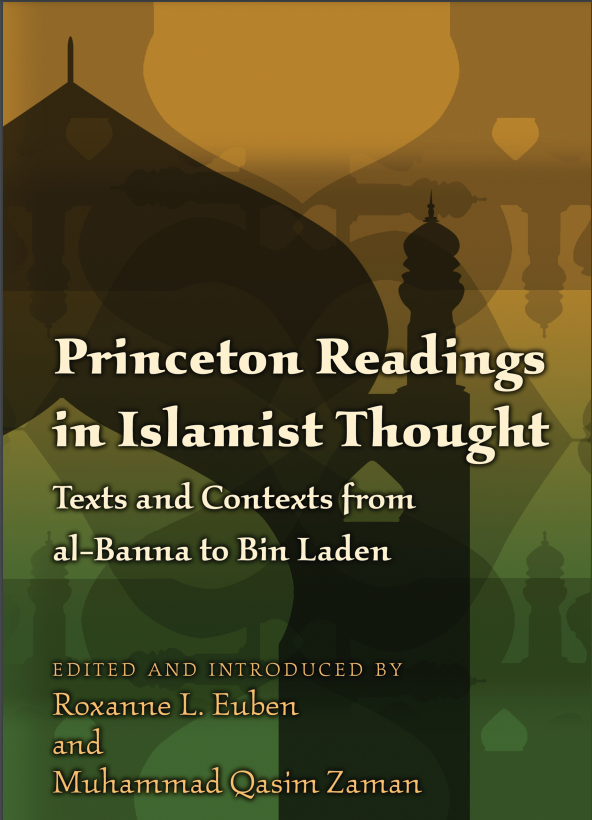 According to the rules of Sharia, firstly, Sharia law adopts various laws and regulations that correspond to a complete social system. It is clear, then, how much importance he attached to the government and the political and economic relations of society for the purpose of creating favorable conditions.

Secondly, if we closely study the nature of the provisions of the law, we understand that their implementation depends on the formation of a government, and the task of fulfilling the commandments of Allah is impossible without the establishment of properly comprehensive administrative and executive bodies there. For example, khums is a type of tax that is levied on everyone.

After all expenses are deducted, 4/1 of the remaining money is collected by the state. A huge abundance of wealth arises when the Muslim peoples of the whole world give this money. If this wealth were for the needs of the poor, it would only be too much. That is, it must also be used for state needs.

THE STATE SHOULD BE THE ISLAMIC STATE!

So, if the established state is not the Islamic state, what will be the point of having a government and rulers. Because of this, Khomeini says that the first job should be the Islamic state. He used the example of the Ottoman Empire. Although it has become powerless in recent times, the Ottoman Empire, as the Islamic state, has always been a threat to other countries. The victory of the political revolution of Islam is the duty of all Muslims. This is necessary for Muslims to be able to live a good life and improve themselves. In this way, the distinction between the cruel and the oppressed that has arisen in society will also be put an end to.

THE DIFFERENCE BETWEEN ISLAMIC GOVERNMENT AND OTHERS

WHY IS A LEADER NEEDED?

A leader is necessary for the maintenance of Islamic government. In order to create an environment where people will live in peace, it is necessary to eliminate the potential chaos environment. The leader prevents this chaos by supervising the implementation of the rules. There is also no group in history that exists without a leader.

Another of the requirements of the leader is to prevent the fact that the absence of a proper leader leads to the falsification of religion, especially because of innovators and those who incite sedition. Otherwise, religion could have fallen victim to decay and corruption. The deprivation and incompetence of the leader has been seen before In Islamic societies, corruption has reached certain stages. this problem needs to be overcome with proper leaders.

QUALITIES OF THE LEADER

The qualities necessary for the ruler are directly due to the nature and form of Islamic rule. In addition to such general qualities as intelligence and administrative, there are two more basic qualities: knowledge of law and justice. After the death of the Prophet all Muslims agreed that his successor should be someone knowledgeable and successful; there was only disagreement about who he would be. In this context Fukaha who is the knowledgable and just has authority over the ruler.

If the ruler adheres to Islam, he must necessarily submit to the faqihs in order to implement them, ask them about the laws and regulations of Islam. In this case, the real rulers are the fukaha themselves. Of course, it is not necessary that all officials, provincial governors and administrators know all the laws of Islam and be from fuqaha. They just need to know the laws related to their duties.

So what about Fukaha’s role here? The concept put forward here is Velâyet-i Faqih. Politically, it refers to the governing authority of the faqih. Velâyet, which is an important term in Islamic thought and especially in Sufism, means “the authority to decide in  others place” in fiqh. Although these concepts have been discussed in Islamic circles for a long time, Khomeini has expanded the meaning of the concept of Velâyet-i Faqih and taken the authority of the faqihs further, and put forward the thesis that a just faqih should rule the state during the period of the imam’s gaybat. 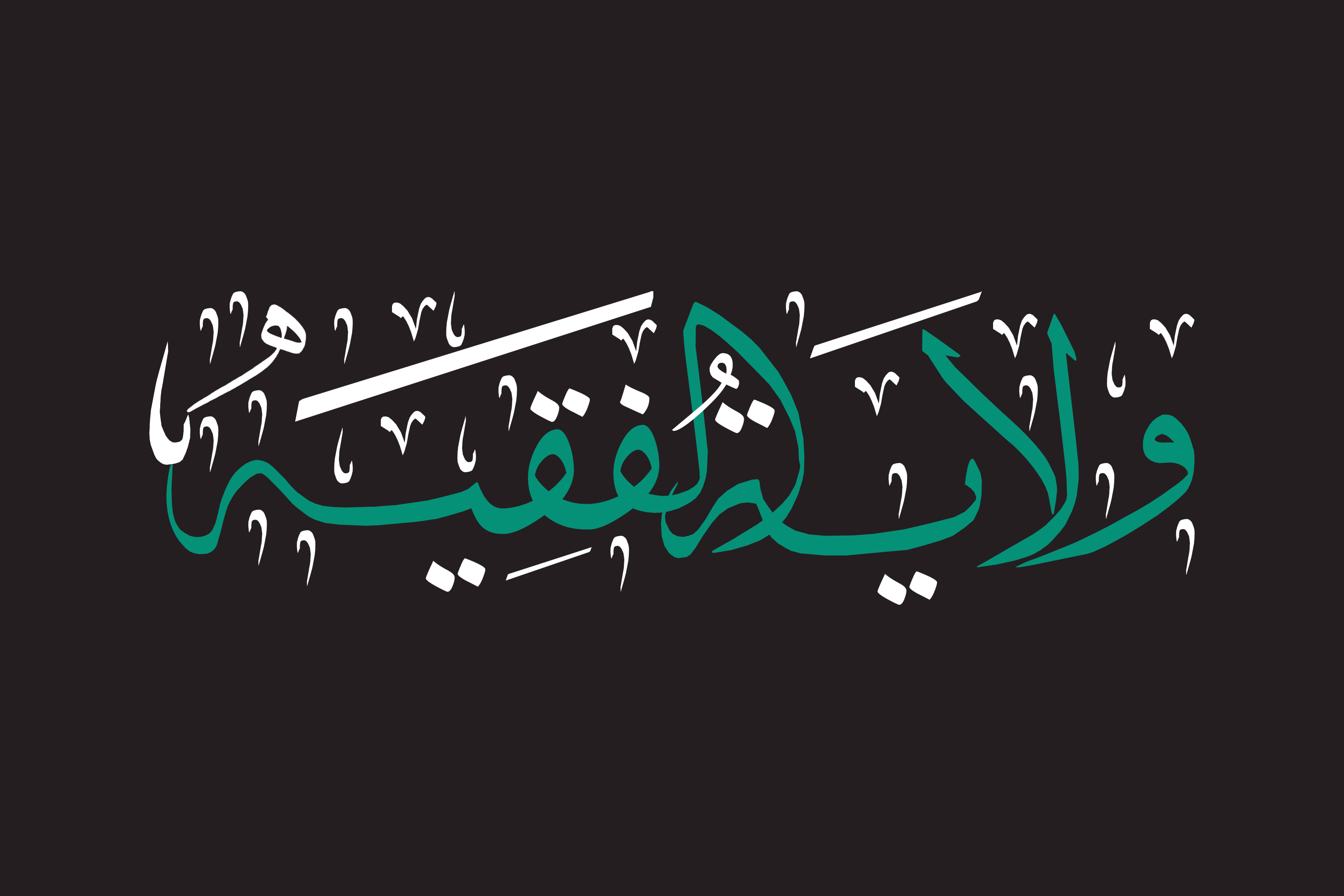 According to Khomeini, innocent imams who are “waliyyü’l-emr” have full religious and worldly authority with the velayet they inherited from the Prophet (sav). The Ayatollah also has the title of being the merji-i taqlid, that is, the person to be applied for taqlid, and who has the most authoritative for ictihad. This role does not contradict the prophets and imams either, it is essential for the establishment of order in their absence.

In accordance with the Shiite faith, the understanding of Islamic government and its deductive thinking, which are set out by giving examples from Sharia and hadith, prevail in the article. Starting from the necessity of the Islamic state, the authorization chain causes the fuqaha to be in the position of the only authorized authority. The revolution was also legitimized by laying the foundations of the understanding of the state with this article, which is one of the most basic texts of the Shiite faith.