In July 1995, during the Yugoslavian civil war, the Serbian army occupied Srebrenica. However, this incident was not just an occupation, but unfortunately it turned into a massacre. Because at least 8,372 people were killed by the Serbian army with heavy armor in Srebrenica, Bosnia and Herzegovina. Thousands of people, including young and old men and women, have been cruelly killed. Neither the fact that The United Nations declared Srebrenica as a safe zone nor the fact that Dutch Peace Corps soldiers were in the city could prevent that. Srebrenica incident was engraved into people’s memories as the greatest human massacre and ethnic genocide in Europe after the World War II.

It has been twenty-three years since this massacre. When you are walking in Bosnia streets, It is possible to see many women  who have lost their husbands, theirs sons,even though they are still in their fifties. Every family has a lost one, sometimes even several, that this massacre took away. Some of them have lost their husbands, some have lost their fathers, some have lost their children, some have lost their grandfathers. You can feel how Bosnian people carry this collective memory while you observe them during their daily lives.  Many people have spent a great amount of their time struggling to find the bodies of their kin. They are cautious for occurring of any event that can be triggered from this memory. When you observe these people, you can understand how important the following words of Nitsche is: “It is possible to live almost without memory, and to live happily moreover, as the animal demonstrates; but it is altogether impossible to live at all without forgetting.”[1]

I have seen how this collective memory was represented through art when I visited the gallery “Galerija 11/07/95 Srebrenica Exhibition”, right across from the Sacred Heart Cathedral in Bascarsija. This exhibition was opened in 2012. The exhibition consists of black-and-white photographed documents of the concentration camps, mass graves, the survivors after the massacre in Srebrenica, taken by the famous international photographer Tarik Samarah. As a person who is interested in photography, first of all I thought how successful the photographs were, when i visited the exhibition. In a minimalist style, though simple and plain, there were quite impressive frames. However, the importance of these photographs was not only due to being artistic. Each one of these photos had a story. In addition, this exhibition, which was unveiled by Tarik Samarah who took these photographs, was also a kind of collective memory reflection, which other Bosnian people performed in a different way.

“I spent the 1992-1995 war in Sarajevo which was under siege and then I went to Bosnia’s east. Although I witnessed the murder of innocent civilians every day in Sarajevo, I was certainly not prepared for the images waiting for me in the eastern Bosnian mountains. Visceral organs, that dogs tore down to pieces from human bodies, were scattered all over the forest. At that moment, I realized that I should not just stand as an observer, for a person who witnessed such a massacre must act as a witness with knowledge and responsibility.”[2]

With these words, we understand that Tarik Samarah does not want to keep inside the difficult days he experienced. Samarah chose art to convey this to the outside world. I think this choice reflects “acts of memory” directly from the collective memory classification by Carol B. Bardenstein.[3]

I would like to talk about some photographs that drew my attention in the gallery and the relationship of those photographs to the collective memory. Firstly, I saw a lot of photographs of human faces at the entrance of the exhibition. These people were the people who had died during the war and the massacre. A big wall was covered with the faces of these people. Those faces reminded me of the following part from’s Gatherine Grenier’s article “Boltanski” :

At that time, I told a story: the artist is somebody who has a mirror in the place of his face, and each time somebody sees it, he says that’s me.! I had read a short story by Ray Bradbury in which some people lost a child. One day, while walking in the countryside, they see the child. They are delighted and go into the city with the child, but the people they bump into cry: ‘Look, there’s our dead grandfather!’ or ‘That’s dad!’ In fact, the child is a Martian an has no face but the face of others’ desires, of what other people are missing”[4]

In this exhibition too, I thought that people who lost their relatives in war but still could not find their bodies would look at those faces very differently.

When I passed the wall with those faces, I saw a picture of a woman holding a doll. That woman had lost her child in the war.  This photo was taken by Samarah long after the war. The woman put the doll in place of the baby she lost and never left it. In another photo, an elderly woman was wearing a dress, and on this dress were written male names. These names were the names of her husband, father and boys, whom the elderly woman believed to have been killed, but whose bodies had never been found. This picture reminded me of the tattoos we had seen in the film “Memento”, which Leonard had carved into his body. This woman did not want to forget her loved ones. She did not want to forget them as well as she did not want them to be forgotten.  Because she was demand of a grave for her loved ones.

I noticed that this gallery was very suitable for “Form the Collective Memory” which Halbwach described in his article. As Halbwach said, “Single people’s stories based on their collective experiences.”[5] In fact, this exhibition was a personal story born from Tariq Samarah’s collective experience. In addition, Tariq Samarah’ recalling this massacre through photographs again and again resembles M. Hirsck’s “Mourning and Postmemory” article. “Photography’s relation to loss and death is not to mediate the process of individual and collective memory but to bring the past back in the form of ghostly revenant, emphasizing, at the same time, its immutable and irreversible pastness and irretrievability.”[6] In this exhibition, while exhibiting photographs of the people who died in the massacre, Tarık Samarah emphasizes the fact that those people were gone forever. At the same time, these photographs carry all that “history” up to today.

As a result, this art project was very influential on me. I did not just look at his successful photographs while visiting Tarik Samarah’s exhibition, but also I wandered about the collective memories of Bosnian people. I think this exhibition was something healing for Tariq Samarah (healing art project). Because Samarah felt that he couldn’t live without expressing the burden of the massacres he experienced. Taking these photographs and exhibiting them somehow eased his burden. In addition, visitors of the exhibition are not only Bosnians. While visiting the exhibition, people from many other countries are like “Where was the rest of the world while all this was happening?” This, I think, creates a dialogue and compromise between the Bosnian people and other people. I guess, the fact that people outside their own nations understand them through the exhibition, provides a consolation for Bosnians who are quite angry and grieved.

Some works from Galerija: 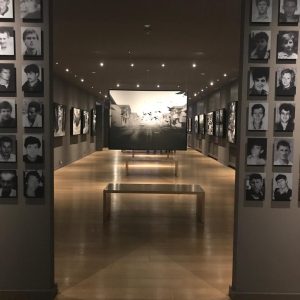 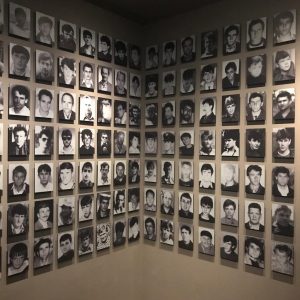 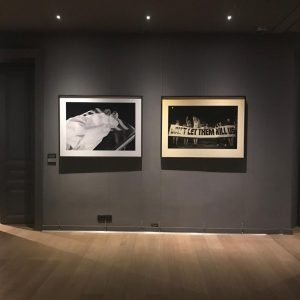 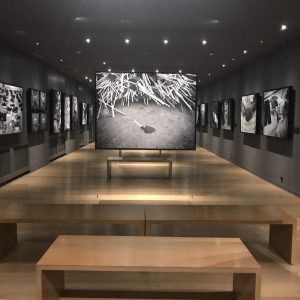 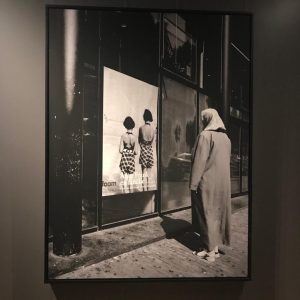 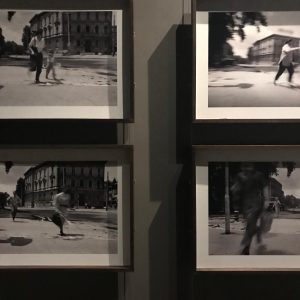 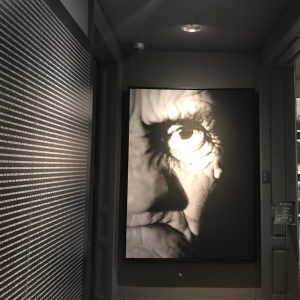