I will talk about a biographic film, called ‘All the Way’. 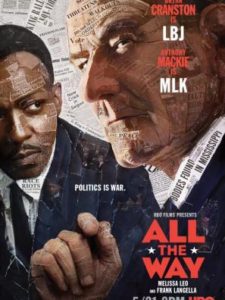 I watched it on last winter. This film is about the political history of USA. If you are going to learn political history of the United States of America, you must watch it. I love historical dramas. I’m very interested in the lives of politicians because I am studying politics. ‘All the Way’ tells the story of President Lyndon B. Johnson. He was called LBJ. Film has started with the assassination of J. F. Kennedy. When Kennedy died, LBJ was sworn in as the 36th President of the United States. It was very unusual because, LBJ was not elected and this was the first example in the history of America. 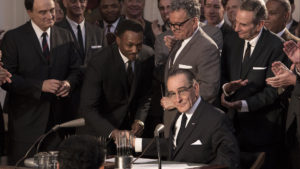 Film was focused on LBJ. Bryan Cranston is the actor who plays LBJ in the film. I totally liked his performance in the film. He was very similar to LBJ. While I was watching it, I learned LBJ period in the USA. In 1960s, the world was in difficult times. When LBJ was president, the USA fought against Vietnam. And, LBJ passed The Civil Right Act in the USA. LBJ has brought education and voting rights for all races. In the film, LBJ and Martin Luther King were in discussion on The Civil Right Act. Martin Luther King was an activist who defended the rights of blacks. He agreed with LBJ on the act. Then, LBJ has declared The Civil Right Act in 1964. This act was very significant because the domestic structure of the USA was chaotic in 1960s. Thanks to the act, internal order was restored.

In 1964, the USA presidential election race took place between LBJ and Barry Goldwater. In that presidential election, LBJ was the candidate of Democratic Party and Barry Goldwater was the candidate of Republican Party. LBJ used the slogan ‘All The Way’ in his election campaign. LBJ has defeated Goldwater. This victory was amazing because LBJ won the presidency by 61 percent of the vote. And this election was the largest vote victory the US history. If you watch All the Way, you will feel the election atmosphere. Absolutely extraordinary! 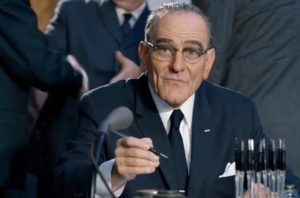 On the other hand, Turkish people did not like with LBJ because, LBJ sent a tough letter to Turkish Prime Minister İsmet İnönü in 1964. We called it ’Johnson Letter’’ in Turkish political history. LBJ said that Turkey could not use the US weapons in Cyprus.

After, Turkey-US relationship were disrupted for first time in history. So, LBJ period was not well- remembered in Turkey. Nonetheless, I liked to movie. And I learned much information. I recognized President LBJ. Finally, if you would like to watch a biographic film, I will suggest ‘‘All The Way’’. You will never regret.